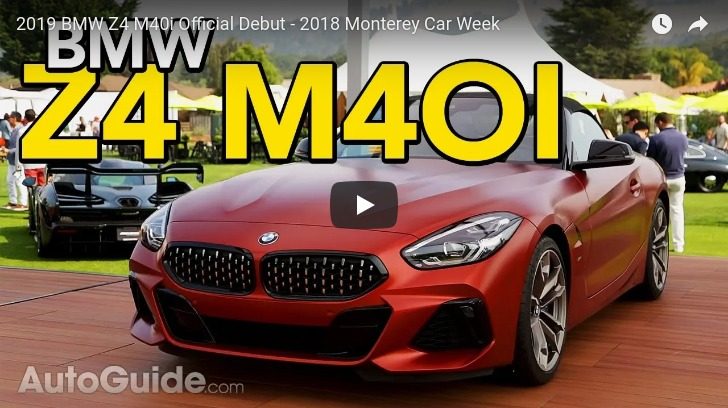 Following up on the Z4 Concept that debuted last year during the Pebble Beach festivities, BMW is officially showing off the production version of its Z roadster, although not all details have been fully uncovered.
This is the limited, BMW Z4 M40i First Edition, done up in the gorgeous Frozen Orange Metallic paint finish and a dark electrically operated soft top. There are big 19-inch wheels hiding M-performance brakes, and high gloss black accents help complete the visually striking car.
Unmistakeable as a driver’s car, this vehicle features space for just two in a high tech cabin laden with neat displays and features.
But we can already see all of these features, what’s next is to know whats under the hood. An impressive 340 hp six-cylinder engine is in use allowing a 4.6-second sprint to 62 MPH. Some publications are expecting more power to the rear wheels when the car is fully revealed, and a four-cylinder option will also likely be available too.