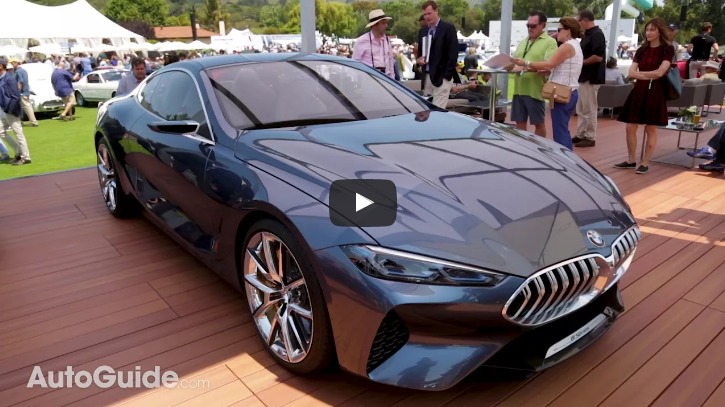 The BMW 8 Series Concept made its North American debut at 2017 Monterey Car Week and managed to stand out in a sea of exotic cars.
Even next to supercars, priceless classics, and ultra luxurious offerings, this concept really stole the show for BMW, possibly even upstaging the new BMW Z4 that debuted this weekend as well.
The BMW 8 Series will be the brand’s flagship coupe and is designed to take on storied luxury brands like Bentley and Aston Martin. And while it’s universally agreed upon in our office that the Lexus LC500 is one of the most stunning luxury coupes out there, the new BMW 8 Series could really take that award, especially if the production model looks anything like this concept car.