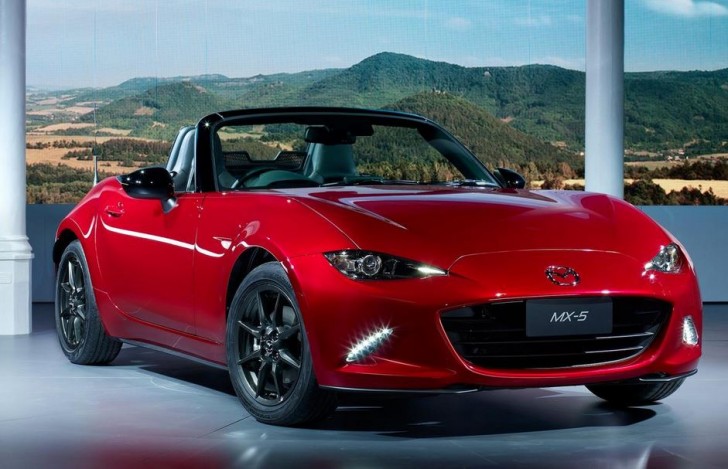 The 2015 Mazda MX-5 was revealed at the 2014 Paris motor show, and a team of What Car? readers have had a chance to take a look around the new roadster.

It has been an exciting few days surround the release of the all-new 4th generation Miata and Derek Jenkins, Director of Design for Mazda North America, gives us a nice walkaround review on this popular roadster. The 2016 Mazda Miata is lower and wider than the previous model. Then engine has been pulled back and pushed down which results in a sleek and low profile hood. The other big change upfront is the more pronounced nose. The A-Post is dramatically pulled back with a black windshield surround. There are no hard lines on the side of the car, just subtle creases and strong fenders that show off the classic roadster feel. Out back the rear features a dramatic taper that accentuates the rear fender.

The interior represents a big step forward for the MX-5 nameplate. As will all the other Mazda products, alot more attention is being paid to the materials, finishes, and surfaces within the cabin. The other big feature is called “Driver Centerline Symmetry” giving the driver the optimal experience.
Video by TJ Keon